Mindnote was an idea that I proposed for the Ministry of National Defense Startup Challenge 2018. After many rounds of pitching, prototyping, and demoing in front of judges, our team was selected amongst those to represent the ROK Army in a national competition that was aired on TV—the JTBC Startup Big Bang 2018. In this post I describe our project. 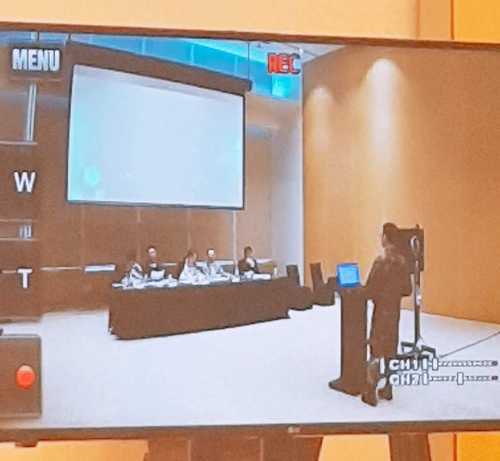 Pitching in front of TV cameras and judges

South Korea is one of the mentally unhealthiest countries in the developed world. Its suicide rate has retained the number one spot for 16 years amongst all 35 OECD countries. One in four Koreans experience a mental health disorder throughout their lives. A large part of the problem is caused by the lack of social awareness on mental health issues, as well as the societal stigma surrouding mental disorders. For example, the belief that “depression is not a real disorder” is still prevalent. As a result, many people do not seek treatment until their symptoms have become severe. In fact, up to 80% of untreated patients are not aware that they are sick [1]. 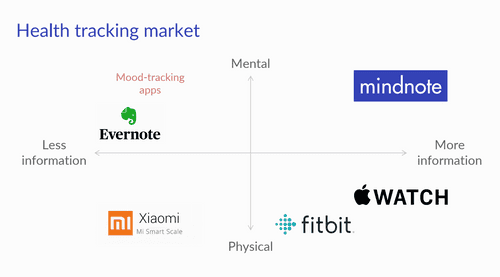 A slide from our pitch deck

Tracking mental health with a diary

How can people more easily be aware of their own mental state? Therapists and mental health surveys are yet to be widely seen in Korean society, and crucially, are viewed as treatment options instead of a means for prevention.

We found a potential solution in diaries. Diary entries naturally contain a wealth of information about one’s thoughts and feelings. With an increasing proportion of people keeping records on their smartphone, we believed that a mobile app to automatically analyze diary entries with NLP could be the solution to accessible and accurate mental health tracking. Furthermore, guided diary writing could also be a mental health-improving activity—journalling has been found to be effective treatment method for depression patients [2]. 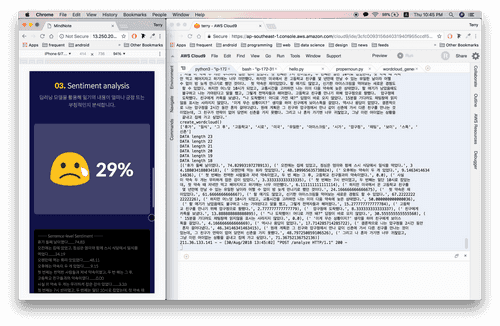 A screenshot of our demo. Video link.

We built a proof-of-concept demo with a Flask web application. Given a diary entry input, our app extracted keywords to create a wordcloud that could serve as a visual summary. Next, we estimated the sentiment with a Doc2Vec model that was pretrained on movie rating comments. By condensing the lengthy texts into data points of key information on life events and mental health, we could provide long-term summaries for the user to track the change in themselves over an extended time period.

Through developing the prototype, we realized that there were many challenges to making Mindnote a commercially viable application. Automated mental health tracking with mobile sensing is still at an early stage of research. And while current NLP models can perform narrow tasks such as sentiment analysis and mood classification, it is not trivial to accurately understand the diverse prose that constitutes diary entries. I hope to continue this project one day, and envision a future where people can track their mental health as easily as they can check heart rates on their Apple watches.